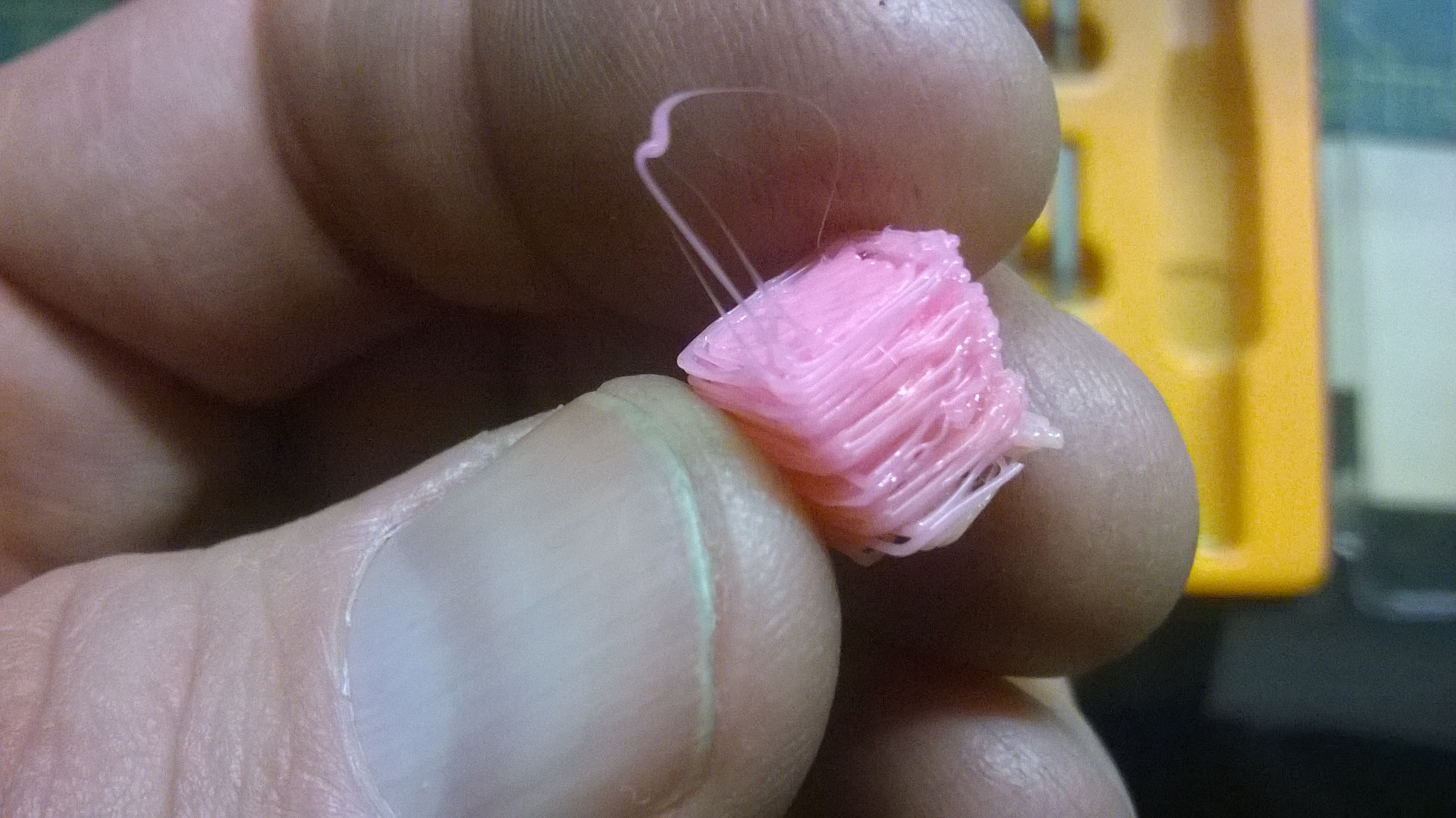 It was a dark and stormy night...

Actually, I don't know if it was dark and stormy. Or even if it was night. But at some point I had an idea for something I'd like to make. Something I couldn't make using the myriad of handtools (many of them duplicates) that can be found in the garage. This was that Something Cool kind of thing that I just couldn't stop thinking about. It was a Thing that would be made out of plastic.

Making a Thing out of plastic isn't an easy venture. We are surrounded by plastic stuff. The reason we are surrounded by it is because it's not econimcal to make just one plastic Thing. The typical process for making a plastic Thing is to have tooling designed such that molten plastic can be poured into it and formed into the Thing. The tooling is the kicker. That stuff ain't cheap. If you have an idea for a Thing, you better have that idea pretty well vetted before you go down the road of making a set of dies for it. It's not uncommon for a die set to run over $100k. Most plastic Things are pretty cheap. That's because tens of millions of them are made from one die set. They don't have to be expensive to cover the costs and make some coin.

But that model is no good for people who want to make one Thing or a few Things. I explored my options. But at the time there weren't too many shops out there willing to take on my idea. And those who did wanted to charge $500 or more just to make my one Thing.

I didn't go West. I didn't go anywhere. And I'm not young. At least not in years. But that phrase is a pretty cool phrase by author John Babsone Lane Soule from the Terre Haute Express as well as the name of a Genesis song. To me, it means venturing off into the unknown with nothing but your wits. Some would say I'd be ill-equipped. Nevertheless, I pondered the idea of finding my own way to make my Thing.

I had experience with Stratasys (they were a customer of mine at one time) and decades ago (yes, decades) I had the pleasure of seeing SLA (Stereo Lithography) in 1989 at an electronics manufacturer in Bloomington, MN. But what I knew of that technology was one thing: it was muy expensivo. But heck, that was ages ago.

So what if I googled the phrase, "cheapest 3D printer in existence"? At the time (about 6 months ago from today), it turned up a machine called the 'OneUp', by a company called Quintessential Building Devices. For a cool $200, you can have a slick little device that can print in plastic. Fork over another $80 and you can have the 'TwoUp'. With the 'OneUp' as a reference, the 'TwoUp' has a 2x larger print area. Not being the kind to scrape the bottom of the barrel, I chose to scrape almost to the bottom and opted for the TwoUp.

Any respectable inventor - or even not-so-respectable inventor - should be aware of the first phrase Samuel Morse tapped out on his new invention: the Telegraph. It's a biblical phrase and though most equate it with some destructive act it's reference is more about creation. Perhaps it is the creation of an overwhelming event. In my case, that's pretty much what happened. My intentions were benign enough. I just wanted to make a Thing and move on. After a month or two of fiddling with my TwoUp (the image above is the very first thing I every printed). I was able to print my Thing. Within a week, I was able to iterate through many designs until I got my Thing exactly as I wanted it. I was done. "But," I wondered. "What if I made the printer better? Would my Thing be better too? Well, most certainly it would!" Thus began the obsession.

Over the course of several months, my quest to make the printer better overwhelmed any thoughts I had of making the Thing better. Each new effort to make the printer better was a combination of dramatic setbacks followed by modest accomplishments. My obsession spawned new ideas for improvements. As those improvements were realized, they gave rise to new ideas. I saw this as a possible venture that others would be similarly interested in. I fished around at the local community colleges to see who may be interested in hosting a class with me spreading the gospel of 3D printing for the masses. Of the dozen inquries I sent out, one had the vision to see the possibilities: Minneapolis Community and Technical College.

In an effort to package my obsession, I considered many names. '3D Printers-R-Us' might have worked. But it was too dorky, even for me. I don't recall any other names I considered before I came up with 'Protoplastic'. But someone has parked on that name and I'm not interested in forking out $2500 for it. Years ago I made a movie called 'Plastik'. You may be able to find it by googling it. Other than stealing the 'Plastik' part, 'Proto-plastik' has nothing to do with the movie. So, Proto-plastik was born as a starting point for what I hope will be a long and fruitful journey into this fledgeling industry.

I can't say today how this site will evolve. But it's my goal to make it a consumer adventure. This is my site. There are many sites like it, but this one is mine. I will keep my site clean and ready, as I am clean and ready.